Tommy Stinson knows a thing or two about bands.

At the tender age of 12 he helped found alternative rock icons the Replacements, playing with them for a dozen years. Later, he would serve as Axl Rose’s musical lieutenant in the revamped Guns N’ Roses for 18 years, as well as manning the bass for Soul Asylum off and on for a decade. In between Stinson fronted his own outfits, Bash & Pop and Perfect. Roughly speaking, Stinson has spent 80 percent of his 50 years on earth playing in a rock and roll group of one kind of another.

“Dude … when you put it like that it sounds terrifying,” laughs Stinson. 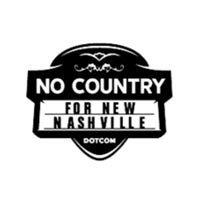 NoCountryForNewNashville.com: Bash & Pop to Play The High Watt May 24

Following the 1991 disbandment of punk greats the Replacements (who briefly returned a few years back, before fizzling out once more in 2015), and several years before his near two-decade tenure in Guns ‘N Roses (which only came to an end when the group’s classic lineup mounted a reunion last year), the great Tommy Stinson briefly fronted a pop rock project called Bash & Pop, whose debut album, 1993’s Friday Night Is Killing Me, came in the middle of their all too short two-year run. Stinson, better known as a bassist in his bigger bands, though an adept vocalist and guitarist in his own right, would go on to form similar and also short-lived project Perfect right after, before the GnR gig and some intermittent solo albums.

Bash & Pop
What Tommy did next. Post-Replacements, pre-Guns N’ Roses musical outlet for bass-basher Tommy Stinson hits the road again. 7 p.m. Monday, May 22, at the Social, $16-$18